Paprika is that flashy red powder now used in many corners of the earth that gives a smokey, sweet and sometimes spicy flavor to food. If you’ve walked the spice aisle in the supermarket, you’ve undoubtedly seen more than one type of paprika — there’s the Spanish paprika, and then there’s the Hungarian paprika. Some labels might also include the word sweet, while others are clearly labeled as spicy.

So, what is paprika? What is this beautiful red powder? Read on and find out. This is one of the appealing and versatile spices on earth.

Paprika is not a Spice but a Fruit

That’s right. Paprika is the dried and powdered version of the pimentón, better known as Capsicum annum or bell pepper, one of many species of peppers native to Mexico and discovered by the Spanish in the late 1500s. There are dozens of peppers in America, and their hot levels vary widely.

Paprika is made with a not-that-spicy pepper, and here’s why. Just like today, farmers create spicier and spicier peppers through breeding (the most piquant pepper today is the Carolina Reaper), the 16th-century Europeans did the opposite; they bred the peppers to tame their heat.

The result was a mildly spicy, somewhat sweet pepper that dried and powdered became a natural coloring, spice and preservative. It’s thanks to paprika that today we have sausages like chorizo, sobrasada and even some exciting new products like a fig salami! 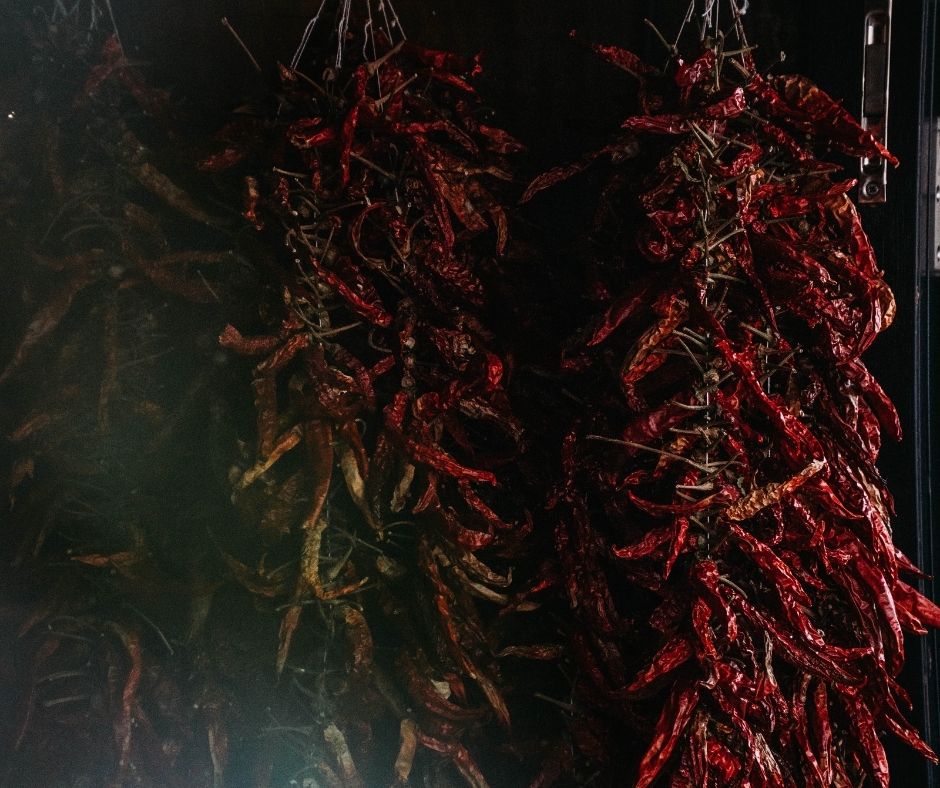 From Spain to Hungary

Peppers weren’t the only bounty from the New World that changed European cooking. The Spanish conquerors also introduced food like vanilla, chocolate, tomatoes, beans, corn and avocados to the world!

And just like all these new types of food made their way through the Old World, so did paprika, which the Ottoman Empire received gladly — paprika became a staple in the Balkans, especially in Hungary.

Spanish and Hungarian paprika are not the same thing, though. Hungarian paprika is often sweeter and can be grounded and pounded as-is for a milder spice or smoked to flavor goulash and other local foods. Spanish paprika is almost always smoked, and it’s never as sweet as the Hungarian version. Either way, knowing your brands and producers pays off, as one paprika can taste significantly different from others.

Although the regular paprika you’ll find in the supermarket will probably disappoint, the real thing is a game-changer! You’ll be surprised by how much flavor and aroma a pinch of the red spice adds to your meals!

Some of the finest Spanish paprikas come from specific towns, now famous for their paprika. The Pimentón de la Vera is among the most intensity flavorful and smoky, as artisan producers dry and smoke the spice with oak wood. On the other side of the spectrum, you’ll find the Pimentón de Murcia, which is mild and sweet — it’s not smoked at all; instead, the peppers are sun-dried!

As for the Hungarian paprika, things get a bit more complicated. They have at least eight varieties that vary in color, flavor, sweetness and spiciness. The strong erős paprika is the spiciest, and you recognize it for its brown color. On the other hand, the ‘noble sweet’ édasnemes paprika is bright red and not spicy at all. 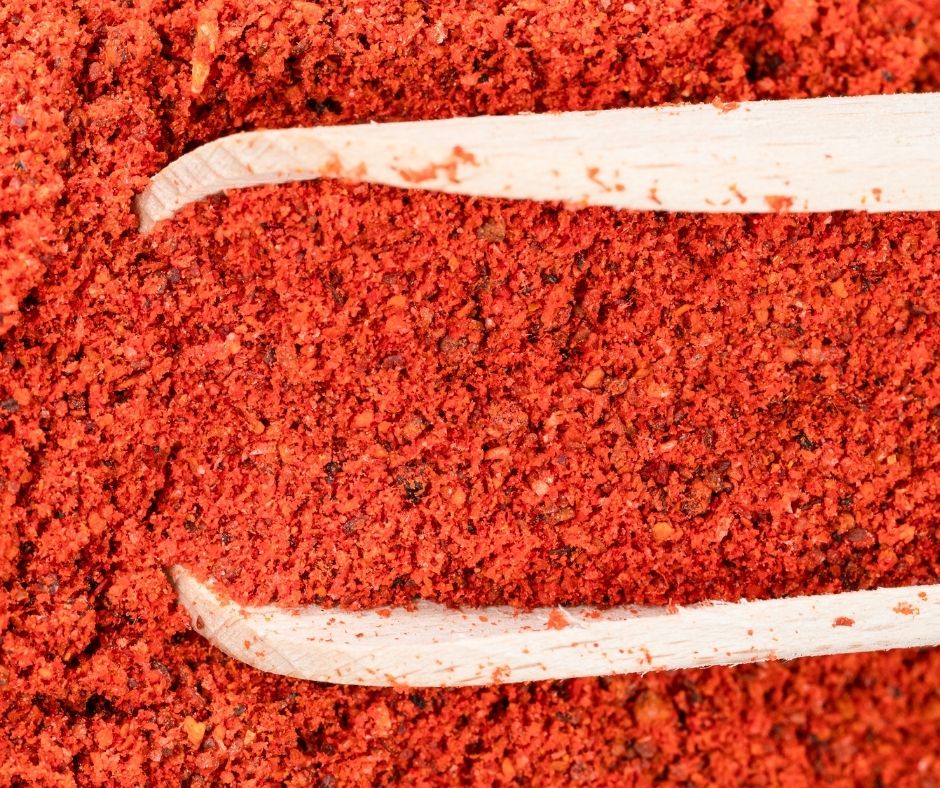 De la Vera is not only a well-known type of paprika or pimentón in Spain. The red spice is so unique it has its own DOP, meaning the agricultural product is protected by European law! At least 16 producers make world-class paprika in the region, and they use a selection of fantastic peppers: Ocales, Jaranda, Jariza, Jeromín and Bola.

You’ll find this delicacy in three varieties, sweet ‘Dulce,’ spicy ‘Picante’ and sweet & sour ‘Agridulce.’ The spice is hands down amongst the most coveted spices on the planet.

Whenever you see the name De la Vera in a pimentón or paprika bottle, know you’re taking home the good stuff. The spice’s intense color and smoky personality are unmatched! 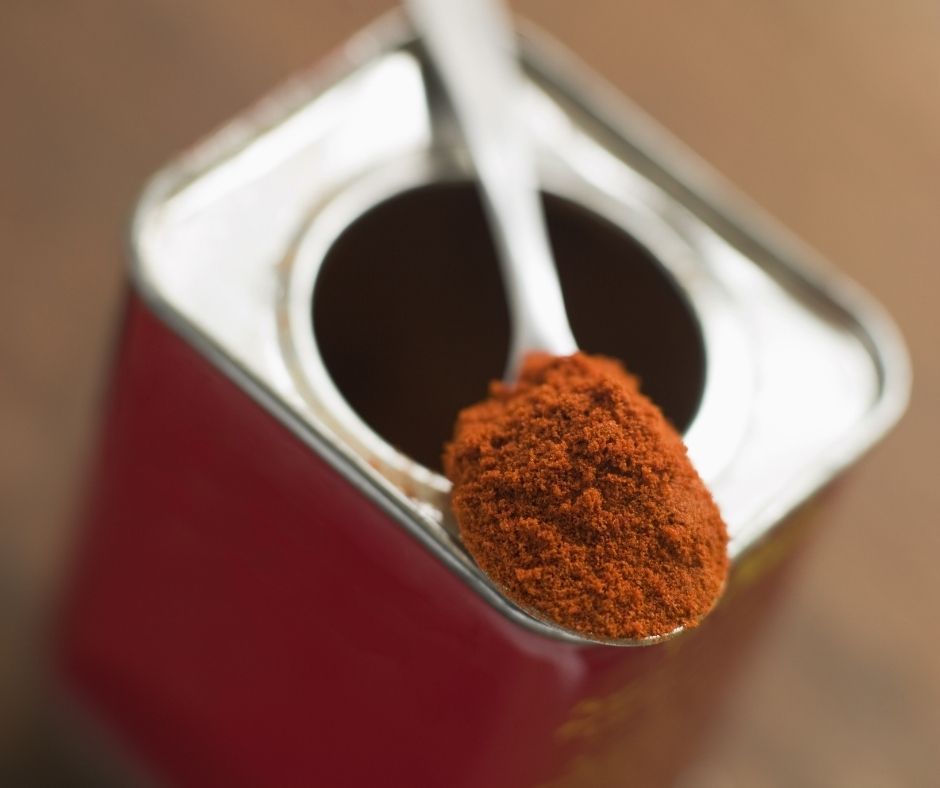 Try Spanish and Hungarian paprika side-by-side and experience their tasty differences for yourself! And once you find a style you enjoy, start cooking with it. Soups, broths, casseroles, homemade sausages, grilled octopus, potatoes or rice, everything tastes better with a pinch of paprika. 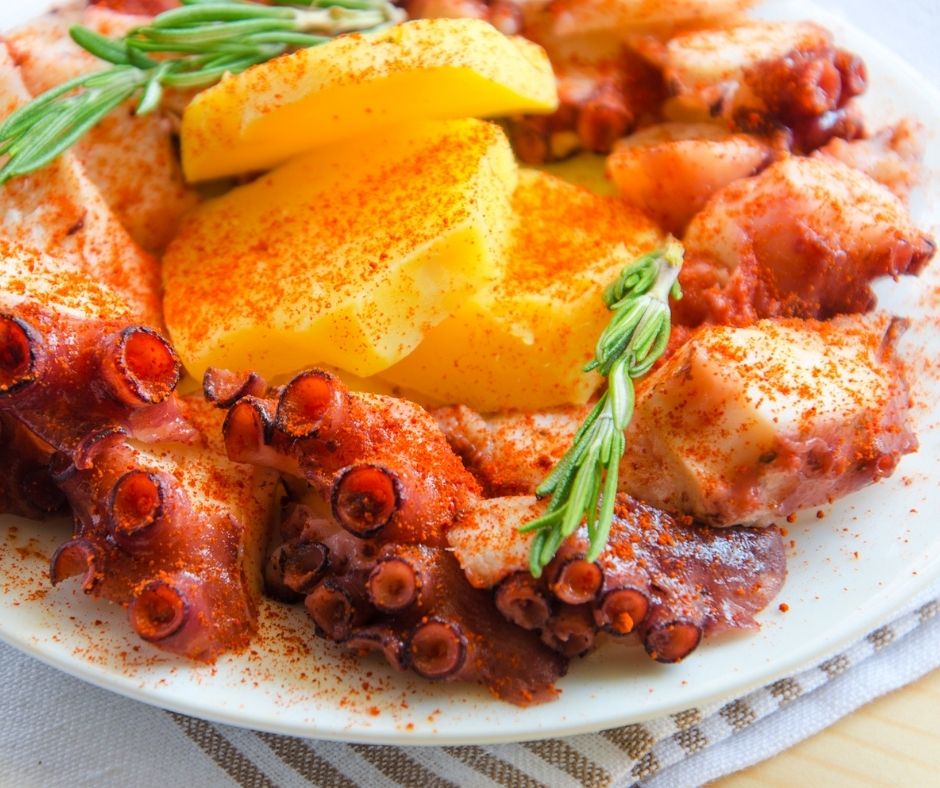 Learn more about gourmet foods with our Gourmet Guide